Want to learn more about KESF and how you can join in the fight? Join our mailing list by filling out the information below.

Thank you for contacting us! If needed, you will hear back within 48-72 hours.

You can join the fight by making a donation by clicking here!

Ewing's Sarcoma occurs when pieces of two chromosomes break and abnormally fuse together, creating a novel, aberrant protein called EWS-Fli1. EWS-Fli1 then acts in an unknown way to cause the cell to become cancerous, starting the process that leads to a Ewing's Sarcoma tumor. Current treatment of children with Ewing's Sarcoma with chemotherapy, radiation and surgery can be very successful, but at the price of causing severe side effects. Clearly, there is a tremendous need for better approaches. 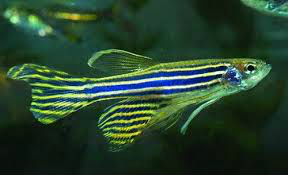 This is the key to developing more effective, less toxic treatments for Ewing's Sarcoma.

Zebrafish expressing EWS-Fli1 Develop Ewing’s Sarcoma:
They are using transposons (a technology that efficiently introduces foreign DNA into the DNA of the fish) to insert the human EWS-Fli1 cancer protein into zebrafish. We use different control elements to turn on EWS-Fli1, either in all cells or in a particular type of cells. When we allow the protein to be expressed randomly in different cells of the body, in some cases a tumor develops. His team has made several important discoveries with this approach.

Future Plans:
1. Amatruda and his team will continue to use a technique known as gene expression profiling to examine which genes are turned on and off in the zebrafish tumors. They will compare this pattern to that found in  wing’s Sarcomas from patients. This kind of “cross-species” comparison can be a very powerful way to sort out which genes are essential parts of the tumor biology. These essential genes might point the way to new, targeted therapy for Ewing’s.
2. They are attempting to define where in the zebrafish genome the transposons bearing EWS-FLI1 are inserted. This could give us a clue as to which type of cell ultimately gives rise to the tumors, knowledge that could ultimately help us to diagnose Ewing’s tumors earlier.
3. The small size of zebrafish embryos makes them ideal for drug screens aimed at identifying new anticancer agents. Now that we have stable transgenic lines available, they hope to use this line to screen drugs. By searching for small molecules that prevent the embryonic defects caused by EWS-FLI1, the hope is to find promising lead compounds for new and improved treatments for Ewing’s Sarcoma.
4. They will use the mitfa:hEWS-FLI1 transgenics (the fish with the disappearing stripes due to EWS-FLI1 expression in melanocytes) to identify critical genes that interact with EWS-FLI1 inside cells. This genetic screen approach is one of the principal strengths of the zebrafish system.