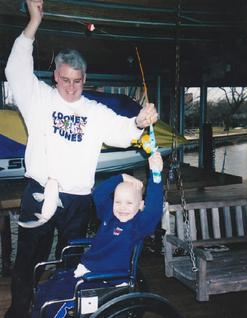 Want to learn more about KESF and how you can join in the fight? Join our mailing list by filling out the information below.

It sat in the garage, unused for years. This shiny, silver, blue and black bike, still with training wheels attached, beckoned a rider.

We gave this bike to our then four year old son, before he became ill, very ill. He rode the bike in nice, outdoor weather, up and down our sidewalks, very excited to be gaining speed. As our son is tall, this was a pretty big bike for a four-year-old, far outstretching his previous tricycle. He proudly wore his bike helmet that matched his bike, with a big grin on his face. He felt very grown up on this big silver bike, shunning the small orange trike that used to cruise around the neighborhood.Several months prior to Kevin’s fifth birthday, he began experiencing leg and hip pain, fever, decrease in appetite, and lethargy. We took him to the pediatrician, who immediately had him admitted to our local hospital and an orthopedist took over Kevin’s case....

Thank you for contacting us! If needed, you will hear back within 48-72 hours.

You can join the fight by making a donation by clicking here! 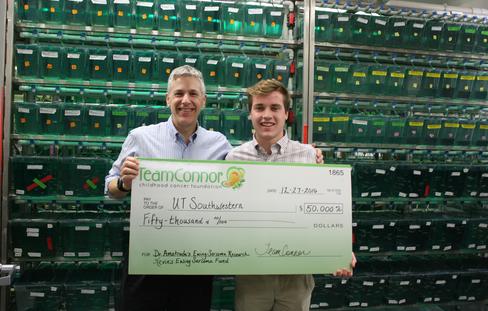